Congratulations to Tedde and Jim Reid

We here at Restaurant Equipment world would like to congratulate Tedde and Jim Reid who recently received the National Human Relations Award from the American Jewish Committee for their ongoing efforts in Africa.

The following Tedde Talk article is the speech given by Tedde & Jim
upon acceptance of the National Human Relations Award presented
by the American Jewish Committee on June 22, 2010.

(Tedde) Jim and I are deeply honored and so grateful for
this recognition from the American Jewish Committee.
We know that this organization is committed to working
towards a world in which all people are accorded respect
and dignity. And, Michael, we are touched with your kind
words and the presentation of this award. Your friendship
is truly a treasure.


Jim and I have been amazingly blessed with our business, and many of you in the
audience have been part of that success. We thank you. It is the business success
that has allowed us to develop passion for others and to serve them with a handup
instead of a hand-out. We are committed to live out God's imperative to serve
the poor and vulnerable.


Allow us to share about some of our work in Africa and at home.
Nine years ago, we began an annual journey to southern Africa. We were privileged
to lead teams of medical and business leaders from the United States.
Working with the Zambian government andWorldVision, we created a small hospital
in ZamTan, a village of 21,500 people in Zambia where the average family
income is less than $1 per day. ZamTan is a village where the HIV/AIDS pandemic
has struck over 25% of the people. The initial intent of the hospital was to
prevent the transmission of HIV from Mother to Child at birth. Medical attention
within 24 hours of birth can drop the rate of transmission from over 40% to 2%.
And, equally important, Moms can expect their children to live; in other words,
the Moms can have hope. As the hospital developed, the World Health
Organization made medicines available that could be administered at the hospital.
Today, entire infected families are treated. We've seen people with stage four
AIDS that have been treated and are now holding jobs and raising their children.
And, at the hospital now, vaccinations are administered to children and tropical
diseases are treated.


With family income of less than $1 per day, you can imagine that the children
were severely under-nourished. Lack of nourishment and lack of sanitation lead
to diseases such as malaria, dehydration and other illnesses we now refer to as diseases
of poverty.

In ZamTan, our Teams created a feeding program for over 700 children who were
under-nourished. Twice a day, five days a week, they receive high protein porridge.
Their ability to study and avoid illnesses has improved dramatically. And,
their parents now have seeds, fertilizer, goats and chickens to sustain their families
as well as to provide income for the family.


Lack of clean water is critical in sub-Saharan Africa and was so in ZamTan until
wells were dug near the hospital and in the communities. We witnessed the
excitement on a child's face when the well was pumped for the first time in
ZamTan and water splashed on the child. We cannot tell you if there was more
water or more tears of joy! Water can truly change the life of a village.
Just a word about water884Million people around the world live without ready
access to clean water. Often times, the women and children will walk for miles
every day to secure water for their families. Obviously doing so will keep the
children from school. We believe that lack of education continues the cycle of
poverty.


However, there is good news! At the turn of the century, over one
billion people had no ready access to clean water. In ten years, over
one hundred million people have had wells dug in nearby areas. A
leading provider of wells is Living Water International. We are honored
to partner with them in Africa.


Jim and I were thrilled on our 2009 trip to be named honorary citizens
of ZamTan.

(Jim) In the prosperity of America, it is hard to imagine the degree to
which people in our own country struggle with poverty. Additionally,
our country has so many other issues that pull people downsuch as
drugs, gangs and crime. In some areas of Chicago as here in New
York, one is still cautious about traveling in these
neighborhoodsand often avoids the worst areas.


Several years ago we became involved in one such community, East
Garfield Park, on the west side of Chicago. East Garfield Park never
recovered from the race riots of the 1960s and today its families and
youth suffer from the devastations of gangs, drugs, domestic violence,
unemployment and dropping out of school. Despite all these
obstacles, there is hope and the lives of its people are changing for the
better. While Breakthrough Urban Ministries started with a men's
homeless shelter, it now includes both men's and women's homeless
shelters, pre-school and after school programs for kids, and sports
and mentoring programs to keep the youth off the streets, off drugs
and out of gangs. In this community, the pre-schoolers test at 17% of
the kids entering kindergartenunless they have been part of the
Breakthrough program. Then, they test at 72%! Youth who participate
in the after school and sports programs are graduating high
school and some are attending college.


While Breakthrough has made a huge difference in many families,
there is still much to do to reach the 1600 young people in this neighborhood.
Statistics shows that changing the lives of 60% of the kids
in a community can change the entire community. To scale up the
effort needed to engage 1000 young people, Breakthrough is well on
its way to raising $15 Million to build a "Family Plex". This 40,000
square foot facility will provide not only a safe haven for family
activities, but additional services such as a healthcare clinic, day care
for children and the only caf serving healthy food in the neighborhood.
I have the privilege of chairing this capital campaign and getting
to work closely with the community of East Garfield Park.
A successful change in East Garfield Park could become the model
for changing the lives of the poor in urban cities across America.
Tedde and I believe that many people want to help the poor and vulnerable.
However, it is sometimes difficult to get connected. We
remain most grateful to the people who have helped us to connect.
Our continued wish for ourselves and each person in this room is the
desire and passion to serve othersthe fulfillment in doing so is one
of life's greatest rewards.


We remain grateful and honored to receive this award. We thank each
and every one of you.

REW's Beach Day
Here at REW, we're always thinking of new ways to have fun and break up the monotony of the work week. These past few weeks have been especially trying on the staff as REW has undergone an interior face-lift in the form of a few new coats of paint. ...
See more ... 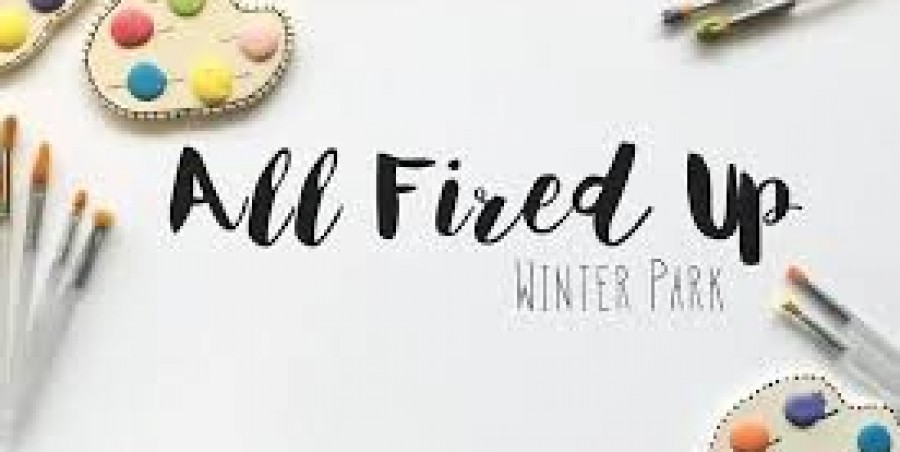 REW visits All Fired Up!
Restaurant Equipment World has done it again! Hitting another milestone this year, the REW staff was taken out to a night of fun at All Fired Up! There, REW members were able to enjoy an evening showcasing their creativity through pottery painting ...
See more ...

All Fired Up! 2012
After a relaxing evening "contesting" with paints the pottery is All Fired Up and ready to be put on display. REW held a contest with a the glazed pottery from All Fired Up. The staff inspected the pottery and held a critical eye to detail making sur ...
See more ...

REW Culture
REW wants to wish Happy Birthday to Felicia and Patrick for the month of December. Congratulations to Yoly on her sixth anniversary her at REW. We also want to give a big Congratulations to Cauella from our purchasing department for her recent wedd ...
See more ...